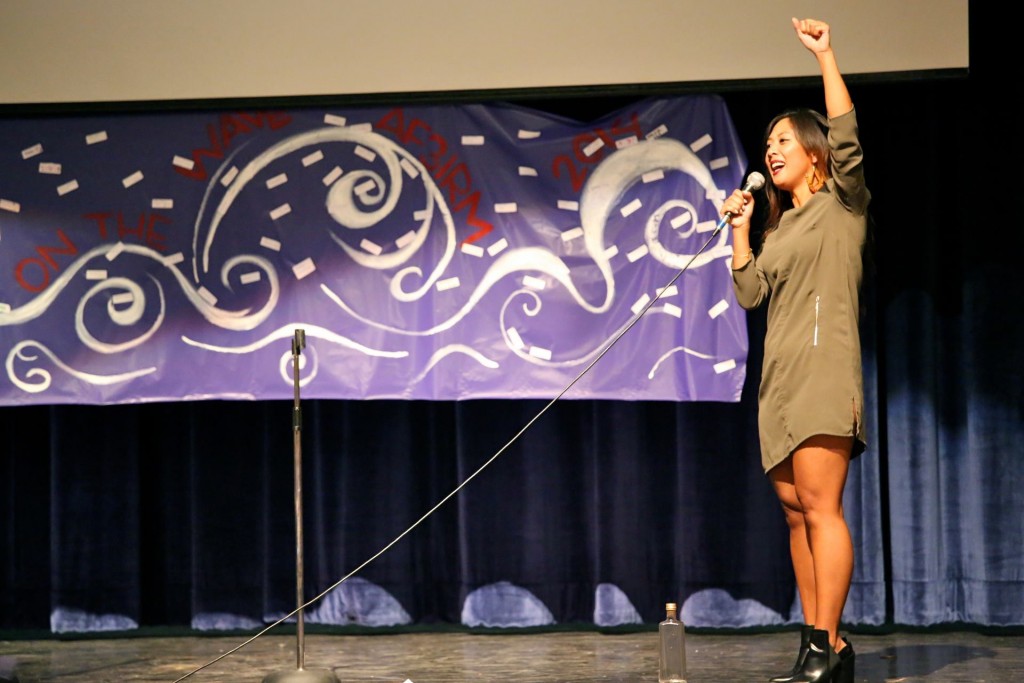 I am marching on Sunday alongside my Sisters in Affirm Gabnet, my parents Mario Quicho/Ida Quicho, my sister Melissa Quicho, and my dearest friends because they believe me.

In high school I was raped.

When I shared this with a “trusted” few at the time, they did not believe me and accused me of putting myself in the situation. Their one sentence of disbelief had silenced me for eleven years. For eleven years, I was tortured by this trauma and faced it alone, when I didn’t have to. While it is by no means their fault that this happened to me, their victim-blaming had contributed to the scars that I, to be honest, at times still struggle to wear with self-worth.

I march on Sunday to reiterate to my fellow survivors that while we carry what happened to us daily, we must not be ashamed by it, we must not let it belittle us, nor feel that it is only ours to deal with – we/you do not have to struggle alone.

I march on Sunday to tell my fellow Sisters who have survived gender violence that while what happened to us is horrific, you are alive and each breath alone is an act of resistance.

I march on Sunday to encourage my fellow survivors to shift our energy to not just rage against our abusers, but rage in the streets against the systems that allow, and breed, and strengthen off of such barbaric violence- patriarchy, capitalism, imperialism, racism, ablism, trans-misogyny, heterosexism, just to name a few.

I march on Sunday to thank, in particular, my Sisters/mga kasama who continue to believe me and whom have saved me more times than they know.

Sisters, Sunday will be an affirmation of our ability to not just survive, but thrive, and LEAD to create the type of world WE want to live in for ourselves and for future generations. SEE YOU this Sunday, March 8, 12noon starting at City Hall, 200 N. Spring St. as we SHUT DOWN Los Angeles that day, and the the days thereafter, until we see, feel, taste true women’s liberation. UPWARD & FORWARD!