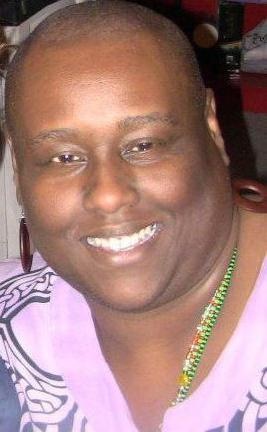 NATIONAL — The transnational feminist organization AF3IRM is proud to welcome ally, journalist, and community activist Thandisizwe Chimurenga to its 25th Anniversary and National Summit. Chimurenga is a writer and creator/co-creator of media from newspapers to cable television and radio for over 20 years. She will join other theory builders on the first day of the summit for a stimulating conversation about the future and direction of the women’s movement as transnational/women of color lead.

An award-winning, freelance journalist, Chimurenga will bring a much needed perspective, especially as she currently is in Ferguson, MO, covering the rebellion sparked by the murder of 18-year-old Black youth Mike Brown by a white police officer.  Her on-the-ground reporting can be found via her twitter page (https://twitter.com/tchimurenga).  Based in Los Angeles, she also recently came back from Detroit, MI, where she reported from the trial of the murderer of Renisha McBride. Chimurenga has used her writing as political activism and has engaged in community activism,  ranging from electoral organizing; anti-police terror work; freedom for political prisoners and prisoners of war; to organizing against violence against women.

Chimurenga also authored No Doubt: The Murder(s) of Oscar Grant, an analysis of the 2010 murder trial of the police officer who killed Oscar Grant,  subject of the film “Fruitvale Station” produced by Academy Award-winning actor Forest Whitaker. Released earlier this year, No Doubt connects the systematic state-sanctioned violence against young Black males nationally through the lens of Oscar Grant’s murder.

AF3IRM is excited to have journalist Thandisizwe Chimurenga in conversation with other amazing activists and theorists. The panel forms part of AF3IRM’s 25th Anniversary and National Summit, happening on October 11-12th, 2014 in Los Angeles at the Miguel Contreras Learning Complex. The summit celebrates AF3IRM and its history of over 25 years of women’s organizing, including their current work as a transnational feminist women’s organization and former work as a women’s solidarity organization. AF3IRM welcomes all woman-identified individuals to join in the dialogue, celebration, and resistance.

To learn more about the summit and to register, please visit http://af3irm.org/summit2014 . The event is wheelchair accessible and childcare is provided. Space is limited!