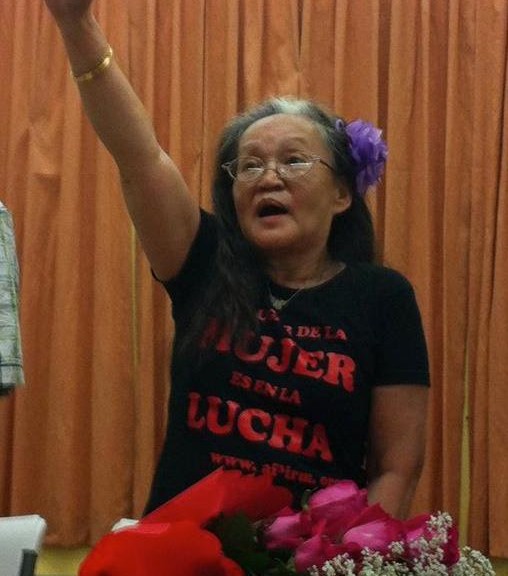 NATIONAL — Multi-award-winning author Ninotchka Rosca joins a growing list of guest speakers for AF3IRM’s National Summit “Women on the Wave.”  The transnational feminist organization is proud to have Rosca, an active member of its New York chapter, share her analysis of the struggle for women’s liberation. She will join journalist Thandisizwe Chimurenga and others on the Five-Continents Feminism plenary that will set the thematic framework for the two-day gathering in October.

Rosca’s commitment to justice and human rights is undeniable. As the 42nd anniversary of the declaration of Martial Law in the Philippines nears, it is especially notable that Rosca’s personal history as a political prisoner of the Marcos dictatorship marks just one instance of her steadfast dissent against oppression. She has especially been engaged with women’s organizing, advocacy and theory-building and has worked with AF3IRM from its inception – including during its former formation as GABNet.  She was elected GABNet’s first Chairperson at its founding on September 4, 1989.  For many women, she has laid the foundations of both theory and practice for uncompromising feminism.

Rosca’s work as an author and journalist has revolved around the twin issues of women’s liberation and class liberation. She has authored/co-authored 9 books, including Sugar and Salt and Twice Blessed, and about 700 by-lined articles. Her bestseller State of War was recently reprinted.

AF3IRM is pleased to present Ninotchka Rosca in conversation with other amazing women-identified activists and theorists at “Women on the Wave.” AF3IRM’s National Summit and 25th Anniversary takes place on October 11-12th, 2014 in Los Angeles at the Miguel Contreras Learning Complex. The summit celebrates AF3IRM and its history of over 25 years of women’s organizing, including their current work as a transnational feminist women’s organization and former work as a women’s solidarity organization. AF3IRM welcomes all woman-identified individuals to join in the dialogue, celebration, and resistance.